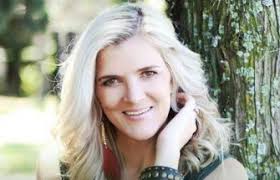 Sorina Erasmus is a multi-talented actress, singer & writer who is known for her brilliant performance as Witbank Flooze (who had a date with Ryk Neethling) in the SABC2 soap 7de Laan.

After completing her LLB degree and doing her masters in law, she studied drama at Technicon Pretoria (TUT). With regards to other television productions she will be seen in June 2009 in the role of the mysterious Natasha on the MNET soap Egoli.

As singer she has already released her debut Afrikaans album, Engel met ‘n Angel, in 2007 with 19 tracks written by Sorina herself. The international recording company EMI recently signed Sorina for 3 years with regards to her music due to her acclaimed performances. The new album has been released and she will be touring the country.

Peep below at one of her famous music video’s:- Flooze – DIE BLIENGMASJIEN

Would you like to advertise on this very popular website ?? Just drop me an e-mail at [email protected], and I will tell you how !!